Social singularity in the 21st century:
At the crossroads of history 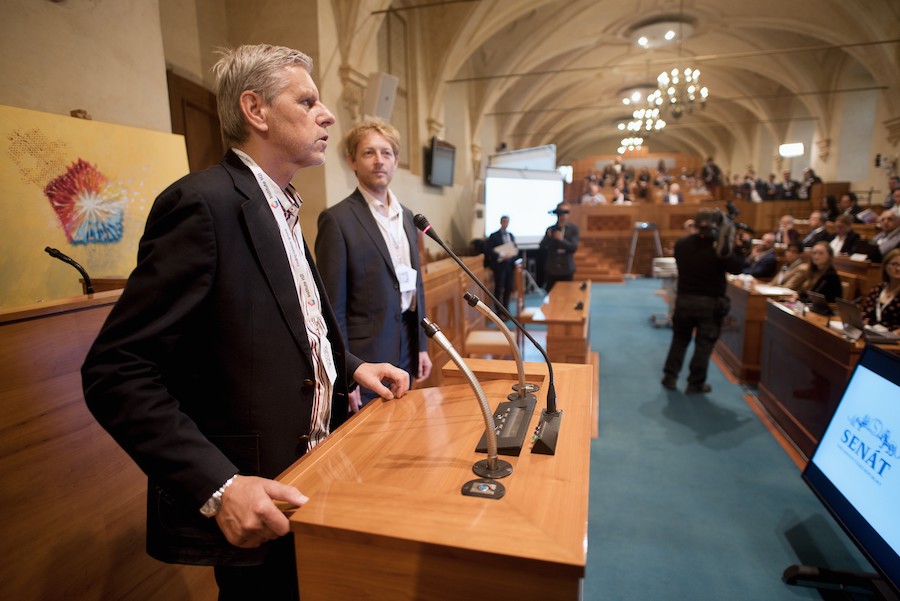 ‍
We live in a unique time that will probably be perceived as a turning point from the perspective of future historians. We are witnessing the suffering that has plagued humanity since time immemorial being in decline today. Today, less than one-tenth of the world's population lives in extreme poverty, which affected more than 90% of people in the early 19th century. Violence in the form of wars, murders, or rapes is at an all-time low across the world. The availability of quality medical care, life expectancy, education, and material security is increasing.

On the other hand, we hear more and more voices that we live in a time of decline and ruin, doomed to imminent destruction. Individuals with authoritarian tendencies and followers of separation to hateful ideologies are gaining power across the civilized world. Societies are polarizing. The level of constructive public debate is declining, and there is talk of an overall destabilization of democratic institutions. We see the danger of the growing influence of extremist groups, the promotion of meaningless pleasing “solutions” and the growth of social conflicts.

The term social singularity describes an exceptional period when there are fundamental and sudden changes in the functioning of the human community. Many experts expect such fundamental changes in the functioning of human societies in the 21st century. These changes can mean a significant shift for the better as well as for the much worse. It is a unique event in history, a crossroads of history. We can embark on a successful direction thanks to technology and social change.

This year, the third year of the international symposium is called Social Singularity in the 21st Century: At the Crossroads of History. It is organized by Institute H21 under the auspices of the founder, mathematician Karel Janeček and Jan Horník, Vice-President of the Senate of the Parliament of the Czech Republic. The symposium will take place in the representative premises of the Monastery of St. Agnes of Bohemia, which is considered to be the first Gothic building in Bohemia and which has witnessed many turning points in history since its foundation in the 13th century.
‍
The symposium aims to open space for a constructive discussion on the serious issues and problems that this turning point brings, and thus help global society to turn the current crisis into an opportunity. The mission of the symposium is to invite experts in law, political science, genetics, sociology, psychology, and other disciplines to a multidisciplinary debate.
‍
The symposium program is held in English. Simultaneous interpretation into Czech language will be provided.

What does the symposium have to offer?

A day fulfilled with panels, discussions, and networking over tasty food in the Convent of St Agnes of Bohemia, Prague, CZ.

Look at the program