“I once said that democracy is a discussion. However, true discussion is only possible where people trust each other and genuinely seek the truth. Democracy is a conversation between equals, a united contemplation of free citizens before the whole public.” 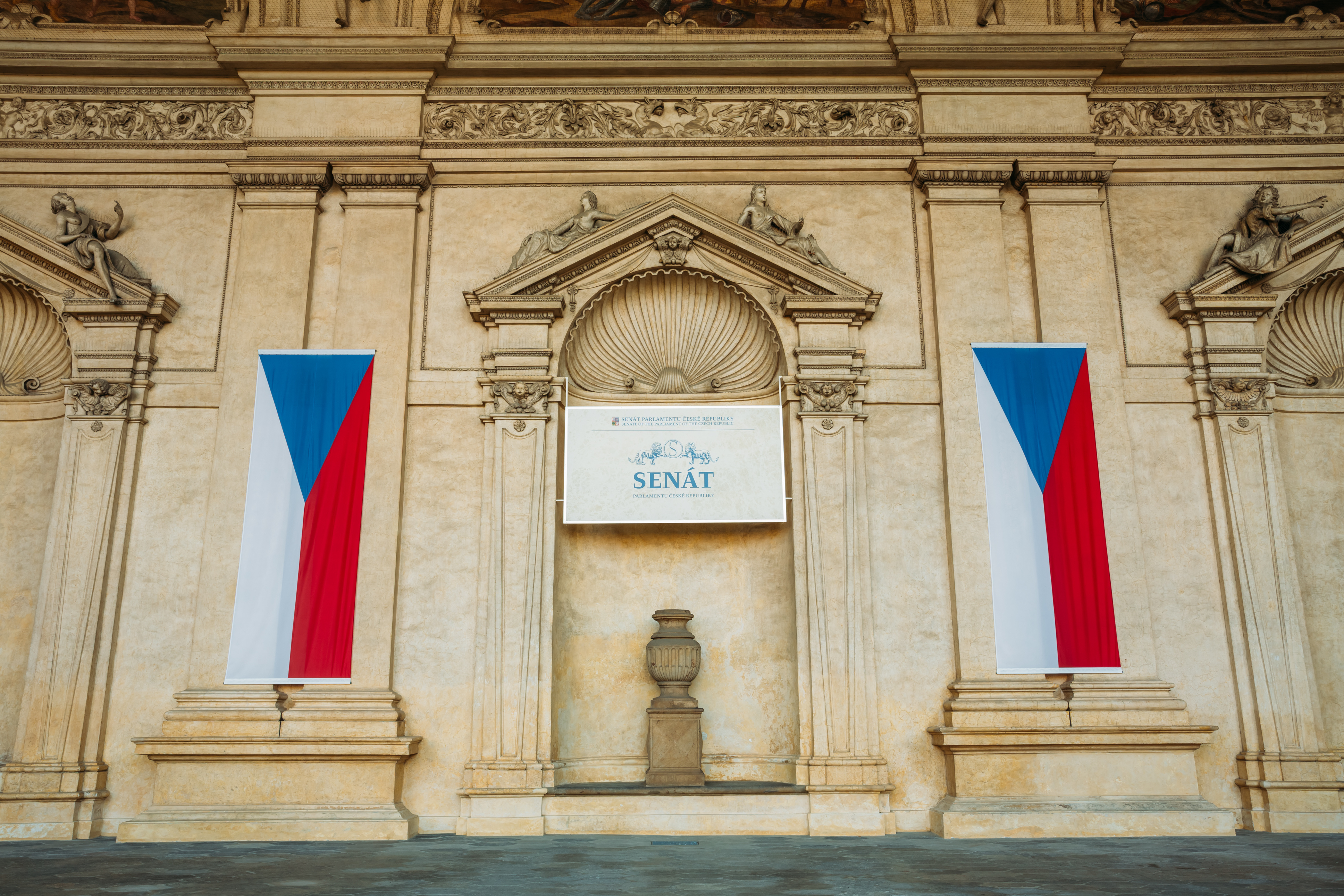 Modern democracies are epitomes of unprecedented progress, freedom and wealth. Their people live longer, are healthier, more educated, and far less threatened by poverty and violence. However, we should not take these developments for granted.

In recent decades many democratic countries have also seen growing mistrust in political representation, widening social division, and increasing influence of ideological fringes of the political spectrum. These phenomena deserve our focused attention and careful examination, lest we lose what we hold dear.
‍
For that reason, the Vice-President of the Senate of the Parliament of the Czech Republic Jan Horník and the mathematician and founder of the Institute H21 Karel Janeček have joined forces to organize an international symposium Democracy in the 21st century: Challenges and New Frontiers.
‍
Its aim is to bring together politicians, academics, journalists, and other figures from public life from the Czech Republic as well as from abroad and facilitate a much needed conversation about current trends in modern democracies and potential threats to free societies.
‍
International experts will present a diverse collection of viewpoints to help us tackle hard questions about democracy in the 21st century; the topics ranging from philosophy of democracy, political science, innovative voting systems, the role of technology in society, and social games for implementing change.

The program is subject to change.

The Crisis of Democracy and the Degradation of Citizenship
Prof. Patrick Deneen, University of Notre Dame

Discussion among presenters and Q&A

Lessons learnt about democracy in the developing world       Dr. Jana Hybášková, former Ambassador of the European Union in Namibia

Informal garden soirée
At Zapova 18 (RSVP, transport will be arranged)

Professor Deneen is an eminent political theorist at the University of Notre Dame, in Indiana. Previously, he taught at Princeton and Georgetown universities. He has authored many scholarly papers and several books on democracy, such as “Redeeming democracy in America” or “Why liberalism failed”.

Tamar Newberger is a computer scientist who has held executive positions in companies such AT&T, Novell, and SCO. She is active in promoting STEM education to young women and was on the technology and media advisory team for Obama for America. She was also a diplomatic spouse of the former US ambassador in Prague.

Dr. Janeček is the founder of Institute H21 and the author of the innovative voting system D21. He received his PhD in mathematical finance at Carnegie Mellon University. He established RSJ Algorithmic Trading and now dedicates his time to anti-corruption and pro-democratic activities.

Professor Barile focuses on digital innovation, political communication, and consuming cultures. He has published numerous books, articles and short essays in Italy as well as internationally. At the moment he is investigating the relationships between culture, power and emerging media.

Vladimir Dzuro is a world-renowned investigator. He worked for Interpol and served as an investigator at International Criminal Tribunal for former Yugoslavia for which he received a medal for ‘service to international justice’. He is the author of the bestseller The Investigator and now works as Chief of NY Headquarters of UN Internal Oversight Services.

Prof. Aleskerov is a leading expert on decision theory. He is the head of the Department of Mathematics for Economics and the International Laboratory of Decision Analysis and Choice at the National Research University Higher School of Economics in Moscow. He has published ten books and more than 200 academic papers.

Dr. Hybášková is a Czech and European politician and diplomat who served as the Ambassador of the EU in Namibia from 2015 to 2019 and in Iraq from 2011 to 2015. Prior to that she served as a Member of the European Parliament for the European People's Party. She is also a founding signatory of the Prague Declaration on European Conscience and Communism.

Dr Adelstein is a founding partner of AL Media, a leading US Democratic media firm. He has helped elect 2 Presidents, 11 Senators, 59 members of Congress, and hundreds of local elected officials. He received JD from University of Chicago and graduated Phi Beta Kappa from Williams College. He has appeared on MSNBC, CNN and other television and radio programs.

Dr. Nora Siklodi is a Research Fellow in the Citizenship and Democracy in Education Research Group at NTNU and Senior Lecturer in Politics at the University of Portsmouth. Her research interests are citizenship, migration studies, and politics. She is specialises in citizens’ attitudes towards participation in national and European politics.

Professor Nurmi has spent his career mainly at the University of Turku, but has also taught at Johns Hopkins University and the University of Minnesota. He has published more than 200 scholarly articles and authored 13 books. He is one of the leading experts on voting systems and social choice theory.

Bele Wollesen is a graduate student of Logic, Computation and Methodology at Carnegie Mellon University. Before that she studied Philosophy and Economics at the University of Bayreuth. She has also worked at the Center for Adaptive Rationality for Human Development. Her research focuses on decision, game and social choice theory.

Josef Holy is originally a technologist, who then turned into designer, startup founder and corporate strategist. He currently works at MSD IT Hub in Prague, where he founded User Experience and Artificial Intelligence departments. His main focus over the years became the societal impacts of Artificial Intelligence, which he writes about at www.algocracy.news.

Peter Emerson is the founder of the de Borda Institute which aims to promote the use of inclusive voting procedures on contentious questions of social choice. He did so after witnessing conflicts in Northern Ireland and former Yugoslavia. He also authored the book “Majority Voting as a Catalyst to Populism”. 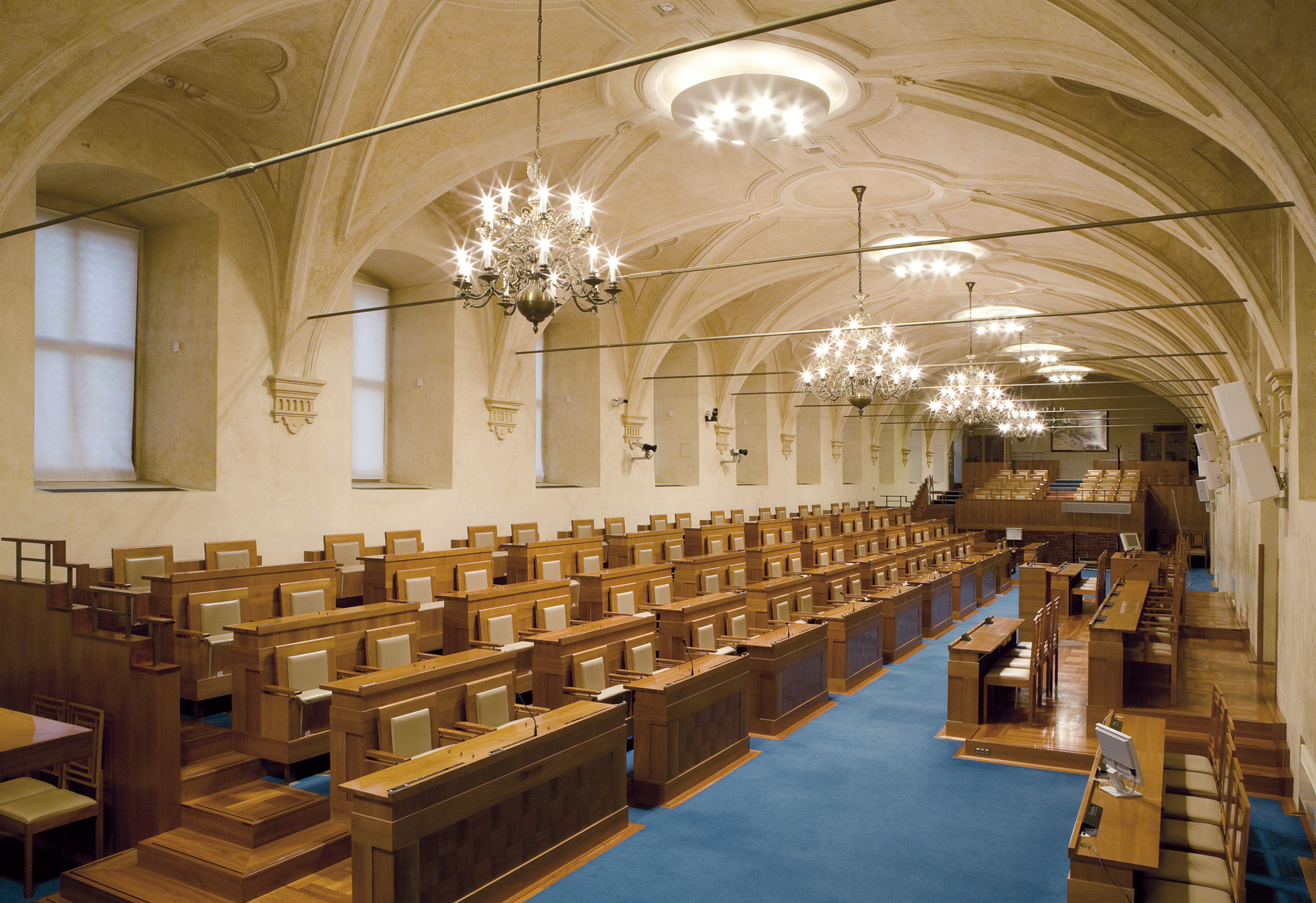 The symposium Democracy in the 21st century: Challenges and New Frontiers will take place at the Plenary Session Hall of the Senate of the Parliament of the Czech Republic in Waldstein Palace in Prague. Entrance is from Valdštejn street, through reception “A”. Please have the invitation with you at the time of the event together with a proof of identity.